The role of the camera rig can not be ignored by amateur users or professional users. Its main function is to stabilize the camera to achieve certain photographic effects. Using the camera rig ensures that the camera is stably placed in a predetermined position for long-time shooting or shutter-standby at the same angle, which greatly reduces the jitter of the camera and makes the photographed camera more vivid.

It is very useful, for example, shooting a meeting, concerts, stage performances, night scenes and other long-time photography, without the camera rig, it is very hard and shooting out of the effect is very poor. Or festive banquets, conferences, in a large number of occasions it is easy to block the lens, then need a longer camera rig to increase the height.

First talk about the role of camera rig

Steady: Why unstable hand? Because of the reasons for human body structure, and then stabilize the unicorn arm camera, in fact, is constantly bumpy. When the shutter speed is slow, bumpy jitter can cause the picture to blur.

Effortlessness: If you have a large, heavy lens, it's certainly the least effortless to mount on a camera rig. (Large cannons, on the other hand, are generally not mounted on the camera rig for effortlessness because many of the larger lenses are telephoto. Jitter affects telephoto lenses even more)

Sevenoak SK-VC01 is a highly compact and light-weight aluminum shoulder support Camera rig specifically used for small DV, 4/3 cameras and small DSLRs. The shoulder support camera rig SK-VC01 should camera support rigincreases the stability while recording and its light-weight design frees you from fatigue even after long shooting periods. The soft foam pad fits comfortably on your shoulder, and the handle bar can be used as a stand-alone support for your camera. 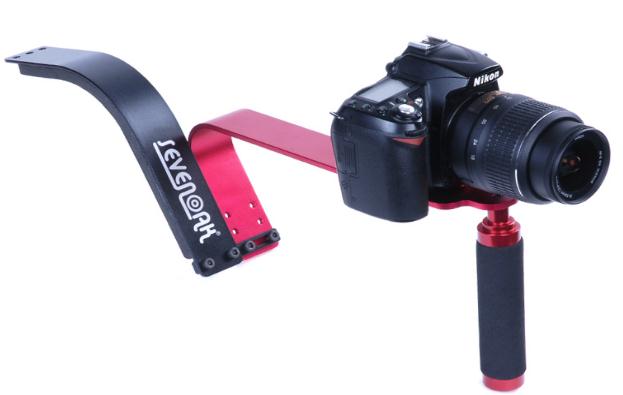 So many camera rig on the market seem to be a long one, above a head, three legs, why some sell only 50 dollars, and some to sell thousands of pieces?

Stability is crucial, not only because it's about the quality of the shots, but about the camera's safety. Cheap camera rig things that break the camera often happen! Math teacher said the triangle is the most stable graphics, since they are all the same, why some instability?